The 1 4 5 Chord Progression for Guitar

The 1 4 5 chord progression is a very common sequence of chords that is used in almost all music styles. From rock to blues, jazz, and even dance music, you’ll find this progression being used in all kinds of places.

This is why you should familiarize yourself with this kind of chord sequence, what it means, and when it is used. This is necessary for the major scale, as well as for others, such as the blues scale. Above all, you should train yourself to recognize the sound of a 1 4 5.

The Most Basic Example of 1 4 5 Chord Progression 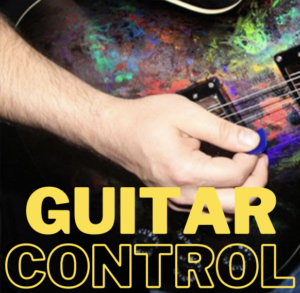 The 1 4 5 chord progression has its origins on music from the middle ages. When what we call as western music was being created, composers started to use common music forms. These forms evolved into the chords and scales that we use in the modern world. 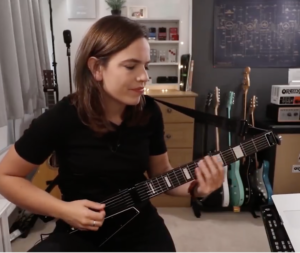 If we look at a common key such as C major, we can create chords based on the major scale. The C major scale is the simplest of them all, because it is composed of just natural notes: C, D, E, F, G, A, and B (similar things can also be said about the minor scale). These are also known as the white keys in a piano/keyboard.

It turns out that F, G, and C are exactly the chords 4, 5, and 1 in the key of C. This is the reason musicians started using this sequence of chords: it is an easy way to cover all notes of the scale.

The three chords 4, 5, 1 also have very clear chord functions in harmony. The first chord, F, is called subdominant, because it the one right before the dominant chord (5). The F chord covers the notes F, A, and C.

The next chord, G, is called dominant because it harmonically dominates the root. When the G comes out, it usually is played with the minor 7th, which is F. The B and F notes, are just one note below and one note above the first notes of C major, C and E. Thus, when G7 is played, there is a strong movement towards the tonic (this is known as a dominant function chord).

Finally, the 1 chord is the tonic, and it has notes that serve as a resolution. Most songs finish at the tonic.

How to play blues guitar in 3 steps

This chord sequence is so common, that you can use pretty much everywhere. Most musical genres will include this sequence at one time or another.

As a guitar player, you main goal is to learn to play this sequence, but also learn to recognize it. It requires some practice, but this will give you a good foundation to learn more about guitar harmony.

Songs use the 1 4 5 progression

There are thousands of songs using this progression. Here are some of the best known:

Here is a list with the 1 4 5 progression in all keys:

To practice this progression, there are a number of strategies.

Initially, you need to get use to this progression by itself. Start with a simple key, such as C major. Then, play the C major chord, followed by the 4 and 5 chords: in this case, F major and G major chords.

Practicing the 1 4 5 Progression with Songs

Another useful way to practice this chord progression on the guitar, is to use songs.

There are two ways to do this.

First you can select a song you like that uses the 1 4 5 progression. Let’s say you use the song Twist and Shout by the Beatles.

Next, you can play the same song in different keys. The goal here is that you practice the sound of this chord progression in other keys.

The second way to do this is to select different songs, one for each key.

This takes more time, because it requires you to learn different songs. However, it is also a great exercise, that you should practice.

You can start doing this with just two or three songs, then expand you repertoire. This way, you will end up having 12 or more songs that you can use to practice this progression. You can use the songs listed above as a starting point.

If you want to learn more about guitar playing, we have Download Your Free Guitar Course Onlineprepared a complete course in PDF format. This free course includes the following topics:

To get your free course, just click here. The PDF file will be sent to the email you’ll provide.