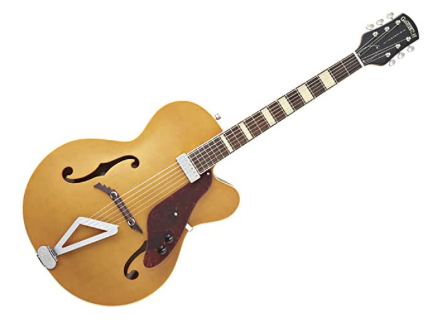 Guitars come in several models. In this article we consider the different types of guitars that we can find in the market.

The classical guitar is the granddaddy of modern guitars. It is the famous guitar that was developed in Spain in the 19th century, and from there brought to the whole world. This type of guitar standardized the number of strings and tuning that we have nowadays.

The classical guitar has a distinct 8-shape, which is part of its innovative construction. This construction system developed by Torres, made the guitar have better sound, expression, and allowed players to develop advanced techniques that were not possible in previous guitars. (Learn more about guitars in Spain). One of the most common types of guitars is the traditional acoustic guitar. Acoustic guitars have a history almost as long as the classical guitar. They have developed as a popular guitar that is used to play pop music, mainly from North America.

Acoustic guitars use steel strings. This type of string is not as expressive as nylon or gut strings, but it provides louder volume that can very useful in playing in a band and along other popular instruments.

Most acoustic guitars are played with a pick, which also works well with steel strings.

Because of these characteristics, an electric guitar doesn’t need to have an acoustic component. The body can be solid, because it is not used to generate sound, as in an acoustic guitar.

The electric guitar, for these reasons, is more compact and easier to carry around than an acoustic instrument. It is also easy to amplify and you can apply electric effects on the resulting sound. These features have been exploited by rock and pop players to generate a distinctive sound.

The Fender Stratocaster is the best know electric guitar design. This iconic instrument has been part of popular music for the last 60 years.

The Fender Stratocaster has a distinctive body shape. The bridge has an innovative design that makes it easy to use a whammy bar.

The type of pickup used with the Stratocaster was also innovative when introduced, generating a strong and powerful sound.

The fender Telecaster is another iconic model int

roduced by Fender. The Telecaster has a simpler design, with less options than the Stratocaster. In particular, the bridge used by the Telecaster is simpler, but also very effective.

Just as with the Stratocaster, the Telecaster design has been duplicated in a large number of other models.

The jazz master is a lesser known model from Fender, but still one of the best known types of guitar. Although it is not as popular anymore, it was a successful guitar type in the 60s and 70s.

The Fender jazz master has also influenced the Fender Jaguar, another model that had a huge following.

The Les Paul model is one of the best known types of guitars of all time. Gibson has been producing quality guitars for jazz and popular players, but the Les Paul model because a world wide success.

The main features of the Les Paul include the pickup style (humbuckers), which give great sustain and power.

The bridge style is the tune-o-magic, that makes it easy to adjust compared to other bridges.

On the down side, most Les Paul models don’t come with a whammy bar, which makes them unsuitable for some guitar players.

Still another type of guitars is the Archtop.

The name refers to the shape of the top. Most acoustic guitars have a flat top, which is made from a thin solid piece of wood. Most solid guitars are also flat.

But the arch top models have the top in the format of an arch. The traditional way to create such guitars is to carve the top from a piece of wood, leaving a top with the shape of an arch. Some semi-solid guitars have also been created with this format.

Arch top guitars are mostly preferred in jazz styles, because they have a distinctive sound that matches well the jazz style. These models have been developed very early, still in the 1930s when there was not yet clear distinctions between electric and acoustic guitars. The development of arch top models coincided with the appearance of the first big names of jazz guitar.

Due to this history, jazz guitar players have over the years preferred to use arch top instruments, as a way to maintain the traditional sound of this style of music.

If you’re interested in learning more about guitar playing, you should get our free guitar course. In this course you will learn:

Just click here and request your free guitar course, and you’ll receive it in PDF format in your email.